The best solution for me was to fly abroad so I started looking for some options. I found the possibility of flying in the USA. Why the United States? Because there is an enormous number of general aviation pilots and very busy airspaces. Heavy air traffic meant frequent communication, and that was the training I was looking for.

And what about location? Well, first I had to find a flight school which would be suitable for me at an interesting location in the US. I found out that Flying Academy just opened a new training facility in Southern California. This was the exact location I was looking for.

My adventure started on the 17th of November when I landed in LAX where I was picked up by the awesome Theary, an employee of Flying Academy at Corona Municipal Airport. Corona airport was my base airfield located 40nm (74km) south-east of Los Angeles. When I arrived, I met the other employees Felicia and Jerome (the Flying Academy manager) which were awesome as well.

These three people were very helpful during my stay and took care of all the documentation and legislation.

The house where I was living during my stay was 7 minutes from the airport by scooter. Training started one day after I acquired FAA PPL license. First was the ground lesson which was mainly about the classification of airspaces and then check-ride with flight instructor Mark. Then the real training was about to start.

I have to say, California offered me spectacular views. Everything was new and undiscovered for me. The big mountains, lakes, long highways, huge cities, eternal deserts, ocean, islands and a lot of airports.

The area around has been very beautiful and rich. But the most important part was the training itself, not only views, you just have to know how to combine it ☺. 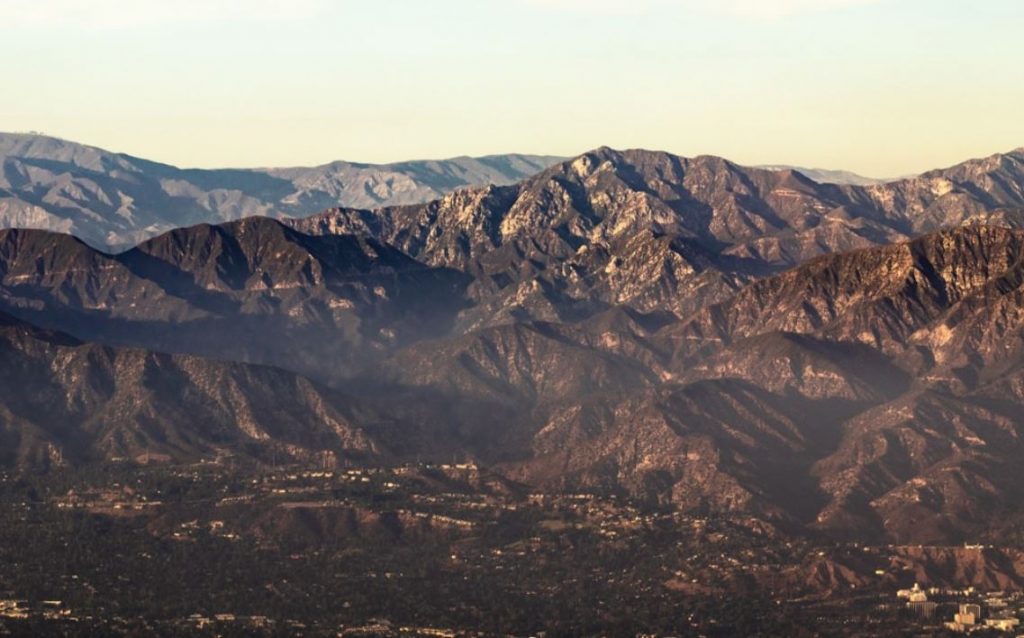 Before I was able to explore the area by myself, I had to be sure that there is no problem with communication, orientation, and rules.

For the whole first week, I flew with safety pilot Mark, who was teaching me how to do things correctly. When you fly for the first time in California airspace, trust me, it will be a little bit shocking to adapt to their English. They spoke fast, used a lot of abbreviations, and phrases I have never heard of. Maybe it was more difficult for me because I started time building in the USA with almost zero experience with aviation English.

If you put a lot of effort into your training, you improve day by day, it is not such a difficult obstacle at the end.

So after approximately 5 flights, where I was mostly adapting, learning, and discovering, I became confident and started to fly on my own.

Getting into more details, I summarize what my every day looked like. The day before, I created the flight plan for the flight. In the morning I checked NOTAMS, TFRs, finished the weight and balance document, and got the weather briefing. Then I took the scooter and rode to the Corona airport.

I was probably the only one with a scooter in Corona, so sometimes it was funny to drive around big trucks with a small motorbike, but the scooter was awesome and also very cheap.

My most useful tool for flying was the Foreflight application and GPS localizer, which made my flight and preparation much safer, flexible and precise. Every flight, I also communicated with air traffic controllers on frequencies like the Socal approach or March approach where I could ask for flight following. So basically they were taking care of the safety of my flight. For example, they warned me about the traffic nearby (in the air ☺), they constantly provided me the altimeter setting, gave me permission to fly through certain airspace, and sometimes they gave heading to avoid other traffic. The aircraft I used mostly was Cessna 152. For longer flights Cessna 172.

Cessna 152 was also a very good option for time building because of the price which was 95 dollars per hour.

I wanted to explore in all directions from the Corona airport so I started with going south to the uncontrolled airport of Oceanside, which offered a fantastic view on the coast during departure. Another day I switched the direction to the east, where my favorite airport was, Palm Springs. Even more to the south-east, there was a small airfield, Salton Sea, where I first experienced landing in the desert. It wasn´t the only cross-country flight I had on the schedule. Some days I practiced on control airfields around Corona like Chino, Riverside, Brown, and Bracket just to improve the communication with a tower. 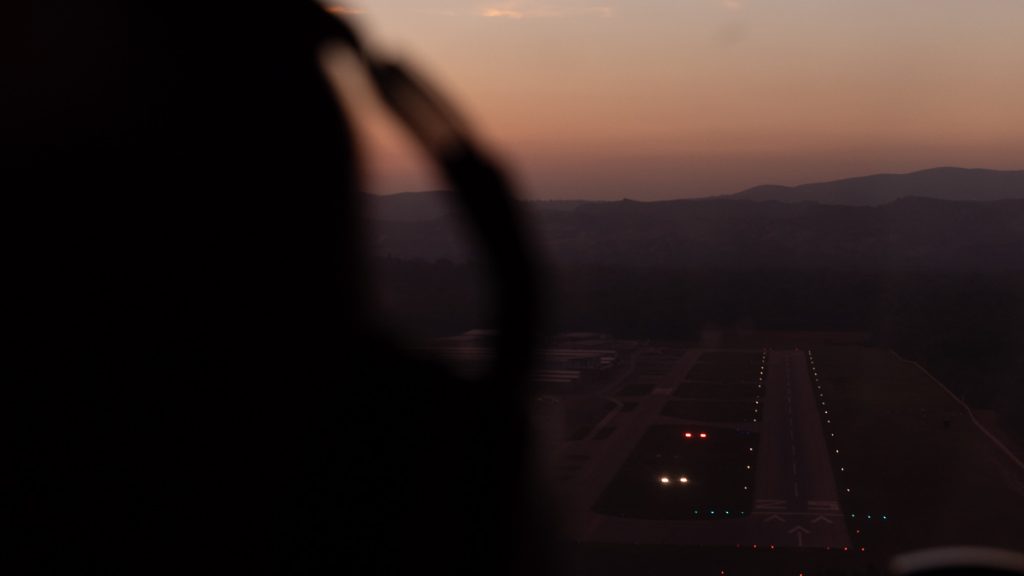 When I switched more to the northeast I visited another interesting airport in Big Bear City. It is an airport with an elevation of 6,752 feet above MSL and it is located in the middle of mountains reaching up to 11,000 feet. It took 45 minutes to get there from Corona so the flight was entirely climbing.

Then I switched to the west side where Los Angeles is located. The area is one big Class Bravo airspace and there is a lot of large airplanes flying around.

Every time after departure, before Bravo airspace west from Corona, I had to reach a higher altitude and get very close to the airspace border. It was because of the mountains near Corona which were interrupting the VHF signal from my radio to the tower. So the communication had to be very fast or I had to just circle before entering the airspace, another difficulty was to even be able to speak to Socal Approach because the frequency was very busy especially around LAX Bravo airspace.

My first flight westbound was to Catalina Island, which was absolutely fantastic. When I left the west coast I flew over the ocean and reach the Island which had an airport in the middle located on the peak at 1,602 feet MSL.

Before I flew to America, I watched a lot of videos about how pilots are landing at this airport and I was very curious about this one. I was absolutely amazed when I was there for real.

Believe me, when you are turning to the right base runway 22 and see the edge of the island ahead of you and the airport on the hill on the right side. it was just a hell of a fantastic view. These were the moments that just took my time building to a totally different level than I ever expected. This is exactly what California offers to every time builder. Awesome experience with stunning views. As I said the western part is very busy airspace and you have a chance to see Boeing or Airbus approaching John Wayne, or LAX. Most of the time the air traffic controllers gave me directions which I had to follow. The inland westbound airfields I visited were Long Beach, Santa Monica, and Santa Paula. Santa Paula had a very challenging traffic pattern near the mountain ridge and on my way back I flew along the west coast where I had a chance to see the beginning of California State road 1.

My longest cross-country flight was also achieved in the USA. It was a flight to Grand Canyon International Park Airport from Corona and back.

That flight was just awesome. I also had safety pilot Steve for this flight, because I have no experience of flying across a long desert. The flight took me approximately 8 hours in total and two states to overfly (California and Arizona). On this flight, we experienced big changes in local pressure, so we had to change altitude very often to remain at our cruising altitude, we experienced wind shears and also a very strong headwind during landing at our destination. From the airport, we flew over Grand Canyon National Park and enjoyed a lot of beautiful views. 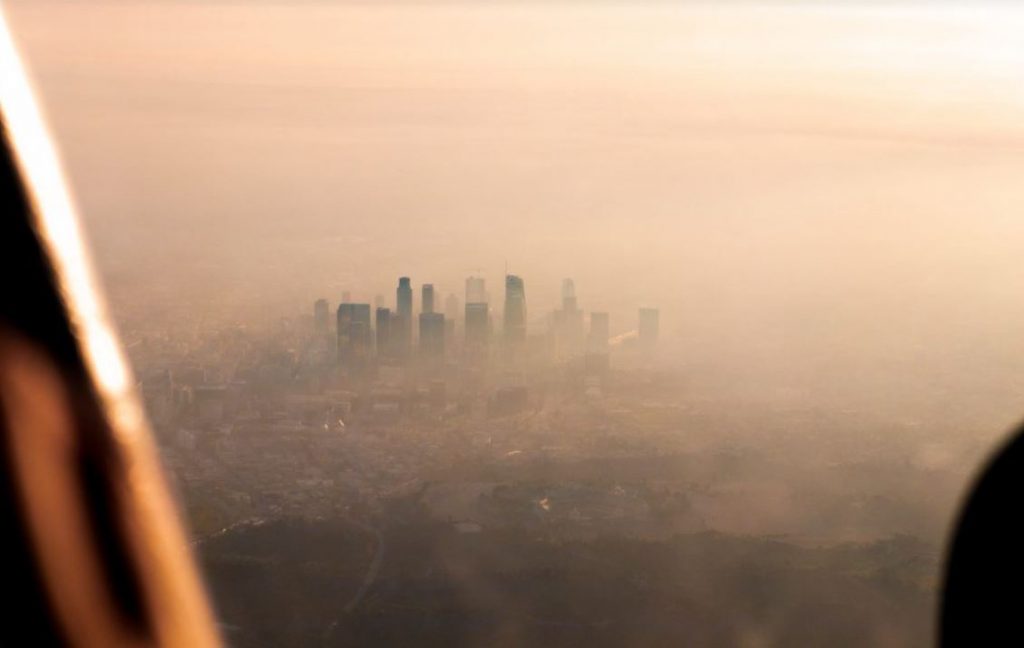 In the USA, it is also a chance to see a lot of beautiful aircraft. For example the first day during my check ride at Flabob airfield, I saw a beautiful DC-3 Dacota. Sometimes I was flying traffic patterns with Stearman in front of me, and it was funny to hear the pilot communicating in an open cockpit.

During my cross-country flight, I saw DC-17 Globemaster taking off from the military airfield, and I was just amazed at how steeply this beast climbed.

At Palm Springs I landed once parallel with an Airbus (but don’t know which one, definitely not A380). I am not 100% sure but maybe I saw B-2 Spirit during my taxing at Corona. It was the first idea that came up to my mind when I saw a big wing overflying the airport, but maybe I was wrong and it was something different.

If I speak just about an experience the flying in the USA gave me, it is mostly in communication and adaptation. As a pilot, all of us are facing or will face the situations where you have to be fast in the decision and adaptation. In California, there is a lot of general aviation airplanes and you are new around them, unfamiliar with the area, so for example around uncontrolled airfields, it can become very challenging. Imagine the small Corona airport with 4 aircraft and 1 helicopter flying traffic pattern and you are the sixth approaching from the cross-country flight. But it is a part of the training so it has its purpose. Then there are control airfields. It was a little bit different style of communication with ATC. I felt more comfortable but still have to comply with everything the controller says. He (she) controls an airfield where they are landing Boeings, Airbuses, and general aviation aircraft simultaneously.

For example, the ATC is separating small aircraft on the traffic patterns and also has a jet on the final.

When I was on short final at Chino, ATC gave me an instruction to change 26L to 26R because suddenly I had a jet aircraft behind me approaching the same runway.

So even if it looks quiet, it can become very busy in a few seconds. I also experienced a lot of situations when it was necessary to communicate very quickly and change the frequency 5 times in a very short time. For example, when I was approaching Brown airfield near Mexican borders and then after takeoff, I requested to fly through Bravo airspace along with the coast over San Diego.

Regarding the weather, I was there during October and November. Almost every day had very good VFR conditions, however, in Autumn there were days with clouds and morning haze so it is not CAVOC every day.

I canceled my flight due to weather only twice during the month.

I recommend time building in California for every pilot who wants to see fantastic views, improve their communication and for those who just love aviation and are all about it.

I was there for a month and made approximately 60 flight hours as PIC. California has many options for pilots. I haven’t seen everything and I plan to fly there again. For example, my plan for the next USA is to overfly States from west to east, or another side. 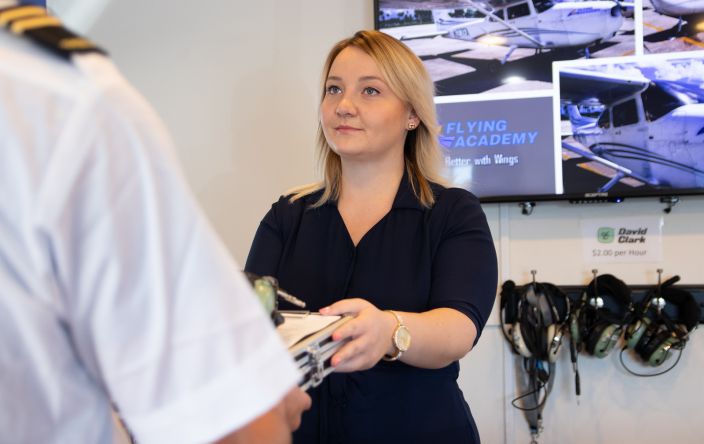